Frankly, There Are No Miracle Cures

Patients diagnosed with life-threatening disease, for which the official medicine has no cure, often either put all their trust in their doctors, hoping they can save them, or they try as much supplements and treatments as they haphazardly come across. Under the circumstances these responses, while not the most rational, are perfectly understandable.

Unfortunately, many medical doctors assume that they have to keep the facade of being completely in control and not showing any uncertainty regarding the patient and their disease. There are firm guidelines for dealing with such cases, but even so, it is very difficult to give the information in a conscientious and courteous manner, while avoiding speculation, giving definite prognosis and navigating the treacherous road of possible legal issues.

“I will not be ashamed to say “I know not,” nor will I fail to call in my colleagues when the skills of another are needed for a patient’s recovery.” (a part of modern Hippocratic Oath)

Their disappointments, doubts and even hopelessness are most evident at medical conferences. Some doctors, especially oncologists, see death on an almost daily basis, and often feel they are fighting an impossible battle that involves prolonging and intensifying the suffering of their patients; with occasional glimpses of hope for every cancer survivor. Opposite them, the representatives of big pharmaceutical companies show off the newest percentages; but MDs have heard it too many times. It makes no difference for their patient J. Doe, dying in Room 204.

We are not disrespecting the advances in cancer treatment and cancer care that has happened over the last 100 years. We cannot overstate the importance of developing:

Yet, in spite of all this progress and multi-billion dollar a year research, 5-year survival rates for invasive cancer have only gone up from 50% in 1975, to 66% in 2015. Worse yet, this increase is mainly influenced by earlier detection and not improved treatments for cancer.

J. F. Kennedy prophetically said, in 1961, that we will put the man on the Moon by the end of the decade. Parallels have frequently been drawn regarding the concentrated efforts of tens of thousands of scientists, incomprehensible amounts of money devoted to research and our inability to reliably cure cancer. Most people have few ideas just how complex the problem of cancer really is. As science progresses, many new avenues of approaching the problem emerge, but, so far, even the sequencing of the entire human genome in 2003 has not resulted in truly revolutionary cancer treatments. Survival rates in cases of extended disease have remained virtually unchanged. However, The Human Genome Project has helped develop invaluable genetic tests, which can help researchers and physicians identify the genetic type of cancer, as well as identify predispositions toward certain types of cancer. Cancer research has since shifted from genetics to proteomics, the extremely complex study of proteins – the functional net results of genes – searching for biomarkers that could help develop targeted therapies.

The bottom line is that doctors cannot help treat every single case. While the treatment for some types of cancer (esp. leukemia and lymphomas) is effective, for many solid tumors (esp. lung and pancreatic) survival remains very low and there has not been much progress in the last 10-15 years.

Other patients look for alternative treatments or, more commonly, complementary therapy (since very few reject official therapy and it is not recommended). The market is saturated by tens of thousands of products – from dietary supplements (including mushrooms and herbs, vitamins and minerals, antioxidants, etc.), various “cancer diets”, and homeopathy to faith-based healing and various physical methods (like inducing hyperthermia and using high-frequency radio waves). Some of these methods are completely unverified, based on unscientific thinking or even dangerous.

Patients are often driven more by their fears, wishful thinking and despair – clinging to unverified accounts of cancer survivors who may have used a particular method or hearsay they get from their friends and relatives – than by searching for objective evidence and critical thinking, which nowadays seems mostly the characteristic of scientific articles “protected” by publisher’s paywalls. Some are the consumers of popular fads and celebrity endorsements, “miracle cures” by “health gurus”, or proponents of conspiracy theories who claim that the cure for cancer has been found (it is usually something cheap), but the authorities are hiding the truth for their own profit.

On top of all that, most medical doctors cannot advise them properly; they do not study these methods at medical schools, and do not keep detailed track of what their patients are taking besides official therapy. Almost all cancer patients use complementary medicine, but officially, this remains unaccounted for and left unexplored . The physicians do not know enough about these methods; the honest ones acknowledge this simple fact.

Where Do Medicinal Mushrooms Come Into All This?

Medicinal mushrooms have been used for thousands of years, and their exceptional safety and effectiveness has been verified in more than 50,000 research papers and 400 clinical trials (see more in the Science menu). Several purified active compounds from medicinal mushrooms are in use as official anticancer medicine in Japan, China, Korea and a few other Far Eastern countries. Western medicine still seems mixed and undecided: some accept their usefulness; others regard them as unproven (mostly citing the lack of clinical trials in the West). Somewhat deceptively, they either keep silent of its effectiveness or warn that taking them might influence the results of chemotherapy – without pointing out the fact that all available research indicates that the effectiveness of chemotherapy is usually improved, and the side effects reduced.

Mostly due to the lack of scientific knowledge and the incredible complexity of cancer and viral infections, we are unable to give a definite prognosis for any particular case. In our 25-year practice, we found that Myko San mushroom supplements can help in most cases – at the very least by reducing symptoms. Published cohort studies show that adding our extracts results in significant improvements when compared to those using just standard therapy. Put simply, they significantly improve your chances.

Research and our experience suggest that most people notice the first results in the first two months – sometimes much quicker, but occasionally slower and more gradual. The outcome is not limited by the initial response. It may just take your immune system more time to “rev up”. In some cases, you may not feel much better, even when medical tests would show major improvements.

However, there are, unfortunately, always those cases where mushroom extracts, no matter how good, just cannot get the job done. This most often happens when the disease has advanced so much that the benefit obtained from mushrooms is too small a part of the whole. Nevertheless, there will almost always be some improvement – a particular symptom may be reduced and life prolonged – but you must understand that the progression of disease is always a possibility.

Never lose hope – science and medicine keep advancing rapidly and you may benefit from them soon. Give yourself the best chance and grab the opportunity when it presents itself. 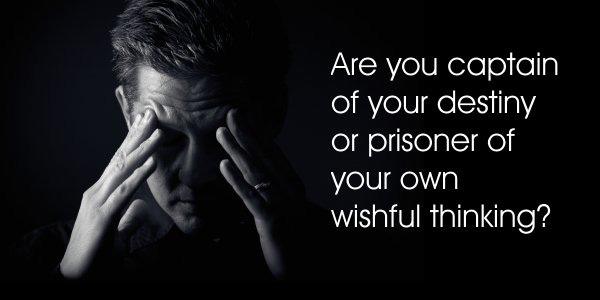 We sincerely hope that Myko San products can make all the difference you need right now.