Many claims of traditional medicine regarding the use of medicinal mushrooms, have been scientifically tested in the last 60 years – mostly in cell culture and animal studies (more than 50,000 published articles!), but also in more than 400 human clinical trials.

Myko San has contributed to that research: you can read about Myko San medicinal mushroom research for more details.

The Problem with Traditional Medicine

Traditional, non-scientific medicine, while useful, has major limits and by using science, it is possible to create stronger, safer, and more effective preparations. This is very different than taking ling zhi mushroom (actually various species of genus Ganoderma, collectively called ling zhi) and boiling and drinking the bitter brew.

Modern medicinal mushroom research has successfully solved most of these problems.

First, research has conclusively proven medicinal effects in more than 850 mushroom species. Their use can cause definite improvement, even in most serious diseases.

Second, use of medicinal mushroom extracts is very safe, even in large doses and when used for a long time. They rarely cause any undesirable side effects. Furthermore, they are compatible with modern drugs and treatments, and do not cause significant interactions. On the contrary, they often reduce the side effects of e.g. radio- and chemotherapy and improve the effectiveness of standard treatment. 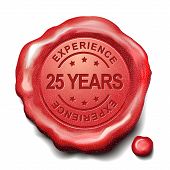